“There is an ancient proverb, ‘Preserve the old, but know the new’ that probably best describes what we do here,” Corpuz said.
16/05/2022 MISS MI 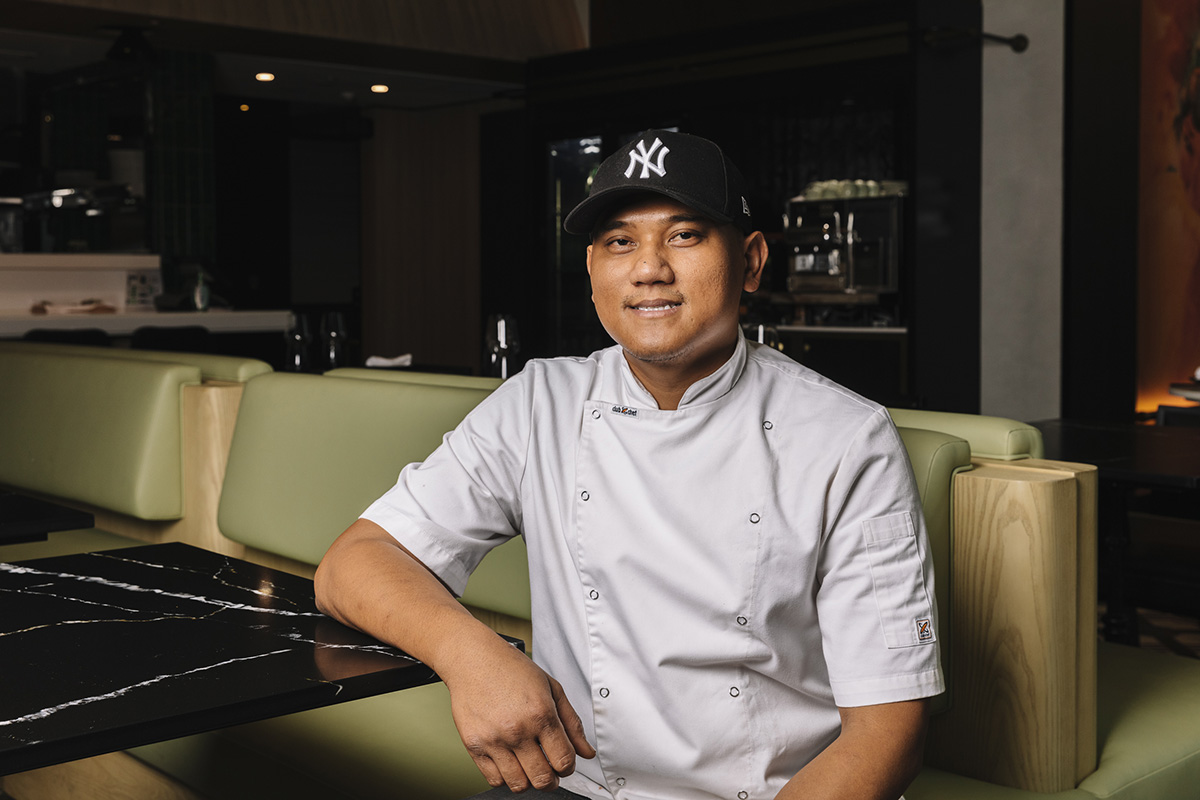 Proudly Pinoy born and raised (a common slang self-reference used by Filipinos), Christian Corpuz grew up in the northern region of the Philippines and his love of authentic dishes and exploring through food is deeply rooted in his cooking philosophy.

His mama originally inspired his love of cooking. He credits her with teaching him how to catch a chicken under a tree at night, then how to butcher and cook his favourite dish, chicken tinola soup. As a child, the family of seven would get together and fight over their favourite cut from the chicken. Corpuz would haggle for his favourite – the neck.

Beginning his hospitality journey with humble roles in casual diners in Taiwan, Macau and an assistant in a Lebanese bakery in Qatar, Corpuz continued to hone his skills in French brasseries, Mexican bars and steakhouses throughout the Middle East before returning to the Philippines. He spent these years dedicating himself to diversifying his cooking skills and deep diving into local spices and specialities.

An opportunity to relocate to Australia for his first head chef appointment came calling in 2014 and he has called Victoria his home ever since.

For Corpuz, taking on the Executive Chef role at Miss Mi in February 2022 was a chance to return to his roots. He uses the evolving menus at Miss Mi as a vehicle to reimagine nostalgic Asian dishes from his travels and homeland while exploring new ways of showcasing Australian produce.

Honouring traditional Asian techniques, ingredients and flavours whilst drawing on 20+ years’ experience in kitchens around the world, Corpuz hopes the cooking at Miss Mi will connect diners with a sense of adventure.

“There is an ancient proverb, ‘Preserve the old, but know the new’ that probably best describes what we do here,” Corpuz said.

“We’re not about muddling of flavours or ‘Asian fusion’. We make all of our sauces, spices, curries and sambals in house using traditional techniques and pair them with local produce in interesting ways. We continually explore what ‘modern Asian’ means to us and what it means to today’s diners who are curious about the origins, stories and techniques behind what they’re eating. It’s all about the food and our guests.”

Ready to set off on an Asian adventure at Miss Mi? Book your table.

Walk-ins welcome, bookings recommended. Pull up a stool at the bar while you wait with Asian inspired cocktails and delicious snacks.